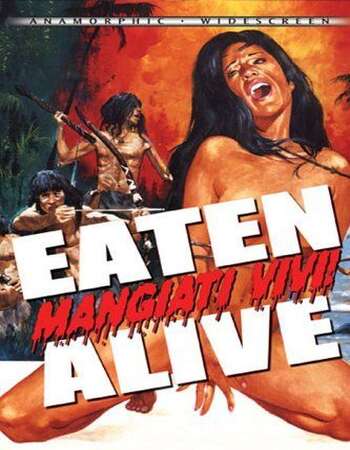 Story: One of the less gruesome cannibal tales. A woman is searching for her missing sister and she finds hope in the folly of a dead hit-man who has a film on him. The film shows some sadistic torture and a brief cameo by her sister taken by a documentary film crew who obviously didn’t make it out. She then leaves for the jungle joined by cannibal film regular Robert Kerman (playing Mark Butler), where they meet up with the standard Cannibal tribe and a Jim Jones like cult leader. Of course escape is next to impossible with the always-hungry cannibals waiting them out and the crazy followers of the suicide cult leader ready to eat them on command.